Leading experts have called on media professionals to adhere to exacting standards while addressing children’s issues, keeping in mind the psychological or physical harm they may be exposed to due to irresponsible reporting. They should strive to raise awareness of children’s rights, and contribute to nurturing child-friendly social norms.

These opinions were shared during a virtual workshop organised by the Child Safety Department (CSD), an affiliate of the Supreme Council for Family Affairs (SCFA) in Sharjah, in collaboration with the University of Sharjah’s Centre for Continuing Education and Professional Development.

It discussed social protection and the impact of the media on children’s psychological wellbeing, as well as their right to privacy.

The workshop is the second in a series of workshops being held as part of the ‘Responsible Media… Safe Child’ initiative, launched by CSD in August 2018 under the directives of Her Highness Sheikha Jawaher bint Mohammed Al Qasimi, wife of His Highness the Ruler of Sharjah and Chairperson of SCFA, to improve standards of media reporting when addressing issues involving children.

More than 40 media professionals and officials from government and educational institutions across the UAE participated in the session which drew on the knowledge and experience of faculty members at the University of Sharjah, including Prof. Ahmed Falah Alomosh of the Sociology Department, and Prof. Fakir Al Gharaibeh, Sociology Department, Social Work and Social Policy, at the College of Arts, Humanities, and Social Sciences; and Dr. Muhammad Nuruddin Sayed, Associate Professor, College of Law.

Commenting on the workshop, Hanadi Saleh Al Yafei, CSD Director, said: “This session builds on the outcomes of the first workshop held in October last year, which addressed children’s issues in the media and how to develop effective media policies to safeguard their rights. It shed light on the social and psychological impact of media on children and the ripple effect on the family.”

“It is essential for media professionals to gain knowledge of the principles and guidelines to help them report on children’s issues in a way that enables them to serve the public interest without compromising the rights of children, and establish a media culture that puts children’s safety first,” she added. 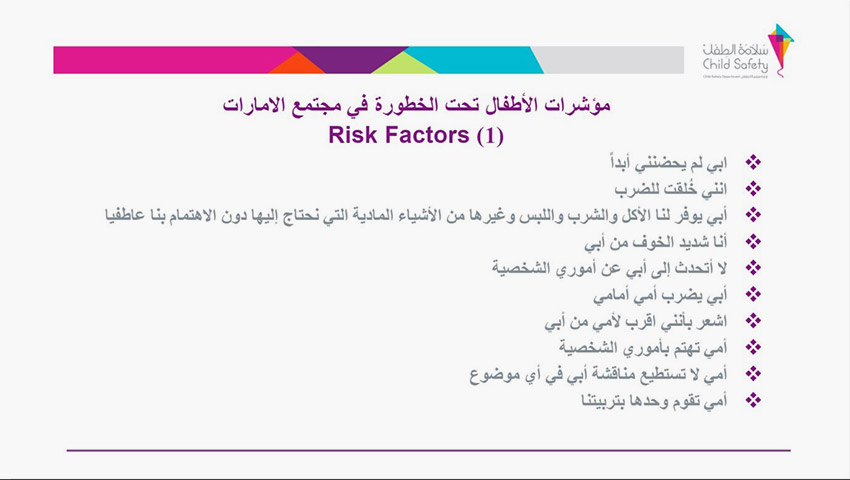 In his address, Prof. Alomosh stressed on the media’s social responsibility, especially digital media, towards protecting children and society from abuse by adhereing to local social norms while reporting  on or producing content based on such issues.

“According to the World Health Organisation, child abuse is a global problem. Every society follows its own cultural norms in raising children which may differ from other societies, Therefore, WHO has stressed on the need to pay special attention to children’s opinions about such practices and behaviours of parents and caregivers that affect them.”

Alomosh warned against publicising incidents involving children in a way that may cause harm to the child and his family and emphasised the need to protect the child and safeguard his privacy, while paying heed to social and environmental factors.

For his part, Prof. Fakir Al Gharaibeh asserted the need for media professionals to be aware of the concept of violence and its impact on children’s mental health. He stressed on the vital role of media in raising awareness of the community through appropriate content.

He pointed out that physical abuse is the most documented type of violence against children. However, emotional abuse which may be much more prevalent goes undocumented for the most part. He also warned against the effects of witnessed violence, where children might be impacted negatively by witnessing incidents of violence on television or other media, or domestic violence in the family.

Dr. Muhammad Nuruddin Sayed emphasised that it has become increasingly difficult to safeguard privacy in a digital world. He called for monitoring of media content to ensure that details likely to violate a child’s right to privacy are not reported.

He briefed attendees on the various UAE laws that address children’s rights, including the Child Protection Law (Wadeema’s law), as well as legislations on press and publications, information technology, and human trafficking that relate to children’s rights to privacy.