Strong recommendations for a more socially-driven and collaborative approach to create community awareness among various stakeholders who have a responsibility towards ensuring child safety have come out of the first Child Safety Forum today (Tuesday) in Sharjah.

The event titled ‘Responsible Media… Safe Child’, was organised by the Child Safety Department (CSD) under the patronage of Her Highness Sheikha Jawaher bint Mohammed Al Qasimi, Wife of His Highness the Ruler of Sharjah, and Chairperson of the Supreme Council for Family Affairs (SCFA). It stressed on the need to shift focus from segregation of individual responsibility to the creation of an environment where child protection is a collective responsibility fulfilled by parents, the government, lawmakers and media.

The event began with a welcome address by Hanadi Saleh Al Yafei, Director, CSD, who said: “This event is born out of Her Highness Sheikha Jawaher Al Qasimi’s vision for child safety and her emphasis on the importance of respecting the dignity and privacy of children, given they are the most impressionable members of our society. In organising this event, our objective is to motivate media professionals and state authorities to take charge in securing the rights of the child.”

Major General Al Shamsi noted that child safety in Sharjah is a top priority for the police department, which follows from the directives of His Highness Sheikh Dr. Sultan bin Muhammad Al Qasimi, Supreme Council Member and Ruler of Sharjah. He stressed on the importance of the media’s role in enhancing community awareness through positive examples and not portray negative images of the child. “I request media to be more positive in their interactions with people, not just children. We need to be very careful in the way we project children’s reports and stories on media platforms because the child’s family might be deeply affected.”

He suggested the formation of a committee led by CSD and featuring representatives from government departments, public prosecution and media, who will update each other, share knowledge and child safety practices so that awareness and protocol are disseminated in a timely manner to be followed more effectively. “We are social partners in this journey and child safety is our greatest social responsibility,” the Major General remarked.

Hassan Yaqoub Al Mansouri advised a more holistic approach to finding effective solutions to matters pertaining to child safety, saying: “The media is always under the spotlight because it’s a major input in shaping public opinion. But why are they blamed singularly? Isn’t the responsibility to protect our children a collective duty?”

“So many people claim to be media professionals or even experts who have had no academic or professional training in the field. Media is a discipline like arts or science, and due to easy access to technology, there are people out there who misuse their access to media by undermining media ethics. We need to find ways to address this critical issue”, Al Mansouri added.

Dr. Waleed Al Hammadi noted that child protection laws in the UAE have been in place since the 1970s and are stronger than ever with the introduction of the Wadeema’s Law (now the Child Rights Law). “Of course, our country offers people the ability to sue offenders, but we need to be aware and committed to these laws and follow them because the psychological effects of abuse on children, even bullying, is sometimes irreversible. That’s why adherence to laws is paramount,” he stressed. 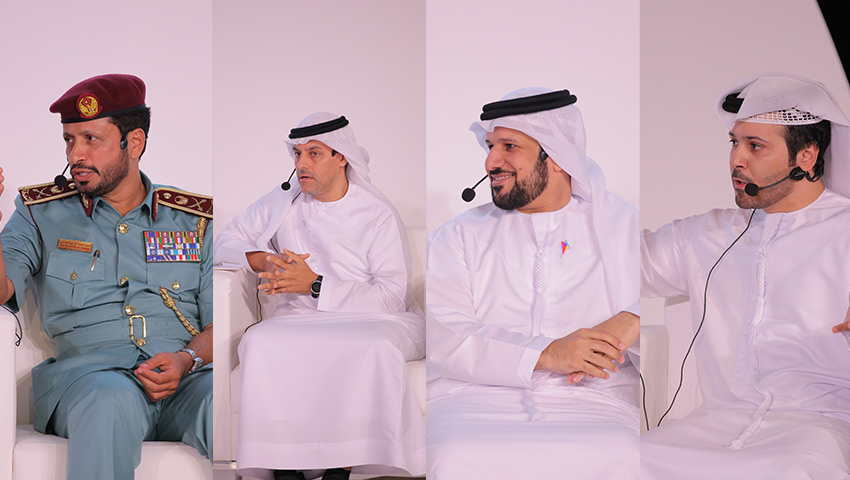 They said that the media had a greater role to play when it came to reporting incidences of child abuse, neglect, or accidents, stressing the need to leverage their public outreach to sensitise community about safety regulations and legislations as a follow-up to their reportage on these matters.

Omar Salem Al Ameri also stressed on the need for a collaborative approach to boosting child protection and welfare, saying: “If a child can go to a swimming pool unattended by a parent, the crime’s already been committed. In this case, it’s the parents’ negligence. We have also noticed some teachers did not even know the term bullying or its meaning. Parents and families are the child’s first line of defence and in that sense they have a legal responsibility to safeguard their child”. 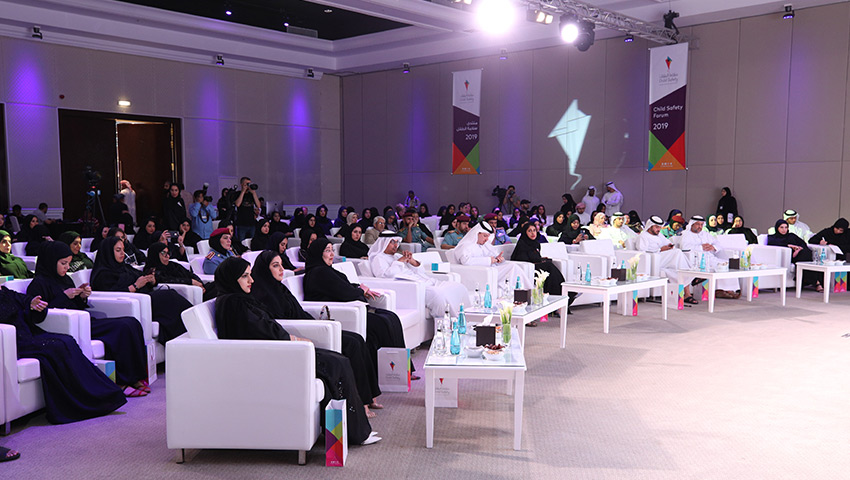 He recommended the introduction of family coaching as a service offered by the family registrations department, noting it could be instrumental to ensuring that parents become really aware of their children’s rights and the risks they may be prone to.

Dr Eman Hareb agreed, and added: “The projects we must consider starting is a strong awareness programme for parents and media. Our ministry launched the first online platform dedicated to educating children about their safety. The platform targets children up to 15 years of age, and there are numerous resources that educate them about dos and don’ts. The driving game, for instance, does not allow players to drive, which teaches them that they need to be of a certain age and earn a driver’s license before getting behind the wheel. I encourage everyone present to open these new and interactive windows of learning to their children.”

The forum was held in cooperation with several federal and local authorities, most notably: Federal Public Prosecution, the Supreme Council for Motherhood and Childhood, the Emirates Society for the Protection of Children and Sharjah Police.