Conducted in sign language, the workshop on cyber security awareness was organised by the Child Safety Department in Sharjah

The Child Safety Department (CSD), an affiliate of the Supreme Council for Family Affairs (SCFA) in Sharjah, presented an awareness workshop on cyber security in sign language in collaboration with the Sharjah City for Humanitarian Services.

The workshop was presented by 18-year old Rashid Al Katbi, a hearing-impaired student at the Al Amal School for the Deaf in Sharjah, to his peers and classmates as part of the Cyber Safety Ambassadors initiative.

The Cyber Safety Ambassadors is a peer-to-peer educational initiative launched by the Child Safety Department in March 2019, and aims to equip Sharjah’s children and youth (10 to 18-year-olds) with the skills and training required to guide their peers towards best practices in cyber safety. 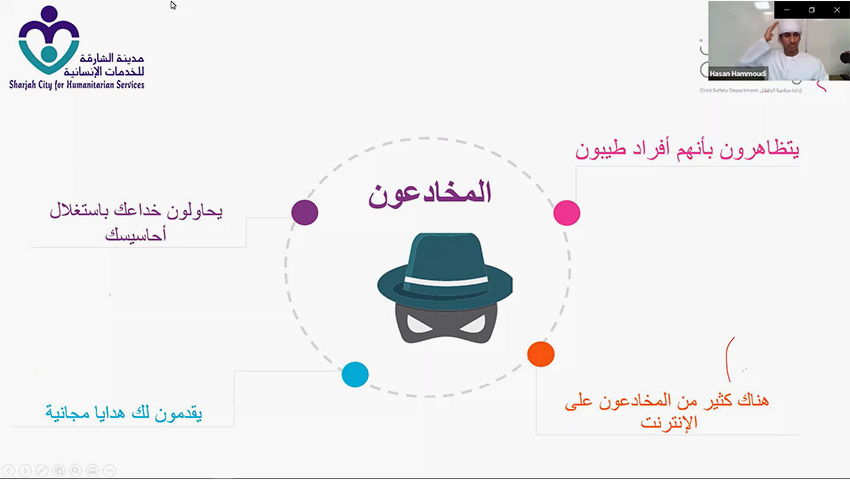 Highlighting ways to protect cyber accounts from being hacked, Al Katbi suggested the use of strong passwords of at least eight characters, including capital letters, numbers, and symbols. He advised participants not to use their real names or share their location online, and to never disclose any private or personal information to strangers, or use the camera while playing online games with strangers.

During the session, he highlighted the chief differences between bullying and cyberbullying. Al Katbi said the latter is a deliberate abusive behaviour that targets victims electronically by sending abusive or unsolicited comments or sharing a victim’s picture online. Bullying in the real world, he pointed out, may not be as widespread, and is often in the form of face-to-face interactions, indicating that bullies know their victims well.

Al Katbi advised victims of cyberbullying to talk to the bully and politely ask him/her to stop. If that fails, he added, the individual must ignore abusive messages and block the particular account. If the bullying continues, screenshots should be taken of the abusive messages and the incident must be reported to the teacher or the school’s social worker or guidance counsellor, and parents.

Al Katbi cautioned students to be wary of attempts to lure or trick them into a hack. Cyber criminals use various tactics such as free gifts and advice to lure young users which may lead to cyber crimes that involve stealing money or exploiting user information. 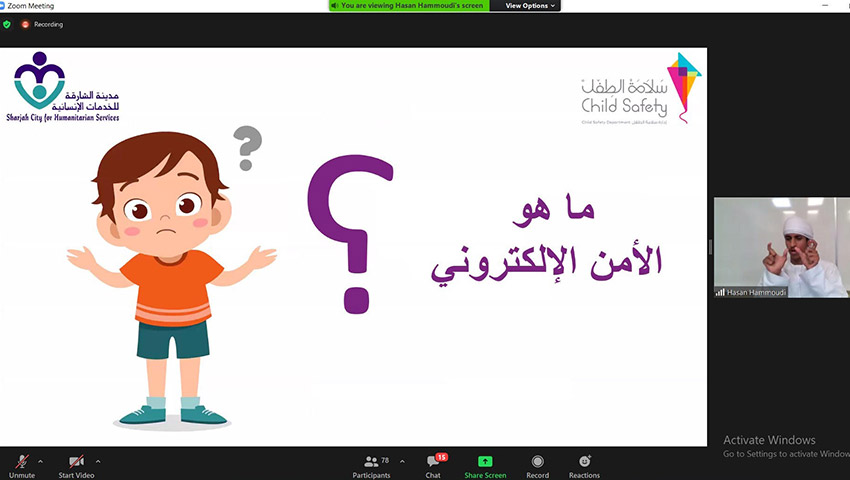 He pointed out that cybercrimes can also be carried out through spyware or fake social media accounts and spam emails, in addition to phishing attacks using clickbait hyperlinks through advertising content on websites and applications.

Rashid strongly advised his peers to infprm their parents about such incidents, and reporting blackmail and hacking attempts and other cyber attacks to relevant authorities in the UAE.

The Child Safety Department (CSD) launched the Cyber Safety Ambassadors initiative on the occasion of Emirati Children’s Day on March 15, 2019, in collaboration with the Khalifa Empowerment Programme (Aqdar), the Ministry of Community Development, and Sharjah Police Headquarters. It aims to empower the UAE’s youth to deliver awareness messages to their peers about best practices in cyber safety.