The Child Safety Campaign, a subsidiary of the Supreme Council for Family Affairs (SCFA), has achieved its goal of delivering 366 free car seats in a span of two weeks to protect children during car rides. In cooperation with the UAE Federal Traffic Council (FTC), the seats were distributed to drivers across Sharjah, families in need, new mothers, children with disabilities and taxis.

The initiative delivered the last batch of 26 child car seats to drivers in the Al Qarayen area of Sharjah yesterday (Wednesday), as well as 100 interactive games to keep children occupied in the back seats during car rides.

The initiative, in line with the spirit and values of 2018 Year of Zayed, has successfully distributed the car seats to local communities and state institutions in Sharjah in a bid to promote awareness about the importance of using seats to protect children against the dangers of traffic accidents and reduce the risks of injury. 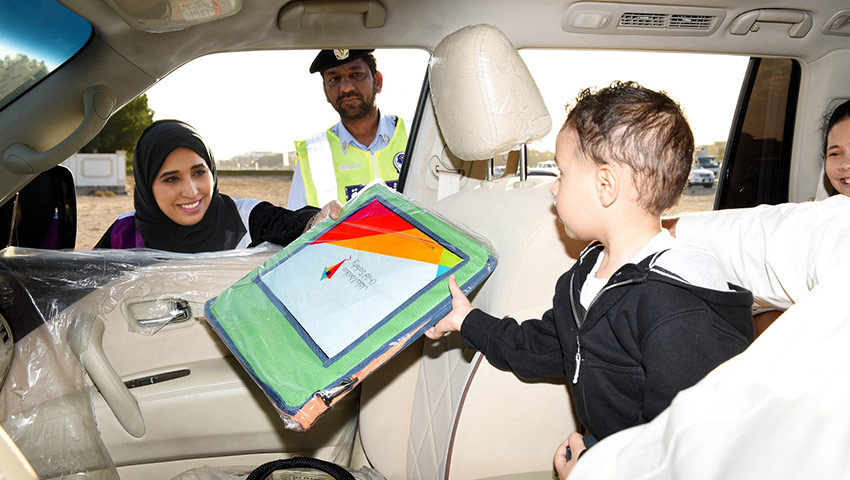 “We launched this initiative in line with the directives of Her Highness Sheikha Jawaher bint Mohammed Al Qasimi, wife of His Highness the Ruler of Sharjah and Chairperson of SCFA, who attaches the highest importance to family and child safety, with the aim of creating a safe environment for children during car rides,” said Hanadi Saleh Al Yafei.

“The initiative has fully achieved its objective and promoted awareness among parents, guardians and public transport drivers about the importance of ensuring children’s safety while travelling,” she added.

Al Yafei underscored that World Health Organization (WHO) statistics indicate that using car seats for new-born babies and toddlers up to 4 years of age decreases the rate of injuries and fatalities caused by traffic accidents by 50% in forward-facing seats and by 80% in rear-facing seats. Car seats also lead to a 52% decrease in road accident fatalities among children aged 5-9 years. 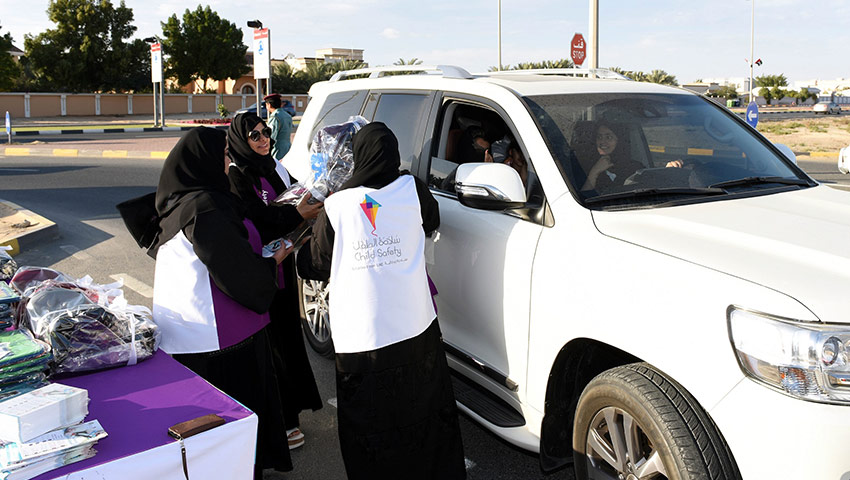 “The immense cooperation between various national, local, and private entities to implement this joint initiative has helped us to reach these exceptional results. I would like to thank the UAE Federal Traffic Council, Sharjah Police Headquarters, our various partners from government and private sectors and the many government organisations for their cooperation to deliver car seats to targeted families and children,” she noted.

The first batch of 50 car seats was distributed to drivers in the Al Rifa’a Area in Sharjah immediately after the agreement was signed, with an additional 200 seats then given to the Sharjah Department of Social Services for distribution to families in need.

The initiative also delivered 30 car seats to Sharjah Roads and Transport Authority to be installed in taxis dedicated to women and families at Sharjah International Airport, while another 40 seats were delivered to children with disabilities and special needs, in cooperation with Sharjah City for Humanitarian Services. 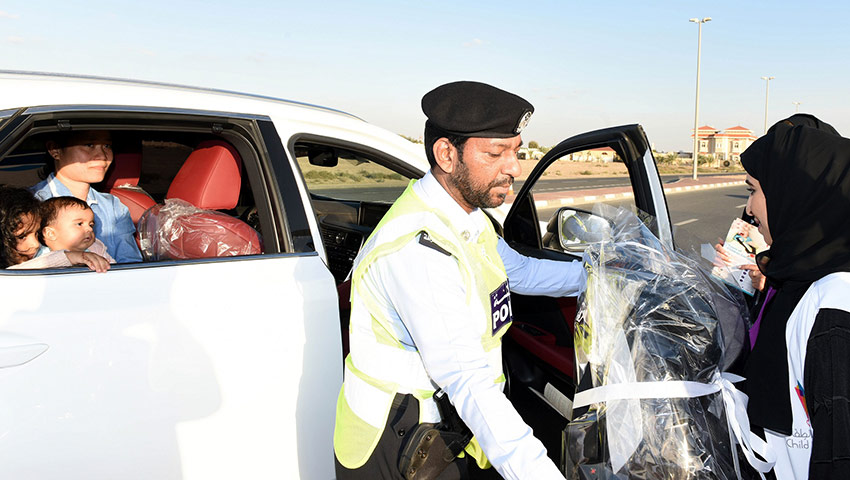 Another 20 car seats were provided to new mothers at Al Qassimi Women’s and Children’s Hospital, in addition to the interactive car games for child patients at Al Qassimi Hospital main building.

The car seat distribution initiative was carried out with the support of CSC’s partners, including its Strategic Partners, Sharjah Airport International Free Zone and the Hamriyah Free Zone Authority; its Platinum Partner, Emirates for Industrial Cities; its Exclusive Automotive Partner, Al Nabooda Automobiles Company; its Social Partners, Sharjah Police Headquarters and the UAE Ministry of Interior; and its Media Partner, Sharjah Media Corporation.